People express a variety of attitudes and opinions about feral hogs (also called wild pigs or wild hogs; Sus scrofa).  Some like to hunt or watch feral hogs (Fig. 1).  Landowners who experience property, crop, and livestock damage from feral hogs seek ways to reduce these negative effects.  Many who are unfamiliar with feral hogs may have ambivalent attitudes or no opinions about them.

Whether feral hogs are a friend or foe is a matter of perspective.  Opinions vary widely, ranging from apathy to eradicating a pest species or to the thrill of hog hunting. 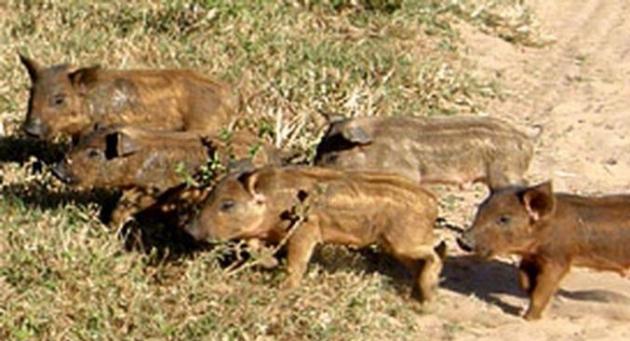 Figure 1.  Feral hog piglets might be attractive to some and considered a nuisance to others. Photo courtesy of Vladimir Dinets, University of Miami, bugwood.org.

Many who hunt feral hogs are dedicated to their sport.  Hog hunters invest thousands of dollars on dogs, GPS equipment, ATVs, and other supplies.  Hog hunters are known to purchase and release wild boars for herd improvement or other reasons.  Some hunt trophy-sized boars, but hog hunters do not always harvest their quarry—the thrill is in the chase.  Hog hunters may capture and release feral hogs in other locations to increase hunting opportunity.  (Note that releasing hogs is illegal in many states.)  Conflicts arise when hunters trespass onto land in the course of a hog chase or purposefully release hogs causing property damage to surrounding landowners.

Some guide services offer feral hog hunts.  Adding feral hogs to a wildlife enterprise is not recommended because their numbers are difficult to control once released.  Feral hog activities can soon negatively impact the landscape causing income loss to other aspects of the business.

Feral hogs are highly adaptable and have steadily advanced into new regions of North America.  They are considered opportunistic omnivores and feed primarily by rooting and grazing.  Soil disturbance from rooting and wallowing can be extensive.  Feral hogs are pests in many ways:

In the Texas study, the types of reported damage were:

Feral hogs are highly prolific reproducers and their populations are difficult to control.  Landowners, farmers, and hunters affected by feral hogs can use several techniques to reduce problems.

Landowners in the Texas study used various degrees of intensity in controlling feral hogs.  Intensive hog control programs were conducted by 23% of the respondents.  Another 61% controlled hogs when time and situational factors allowed, while 18% of respondents did not control feral hogs.  Those who controlled feral hogs used these methods:

View All Posts about “Human Interactions”